Health Is the New Wealth: Living Longer, but Are We Living Better? 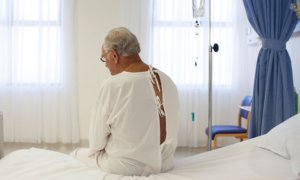 The number of seniors in Canada is growing and the pace at which Canada’s senior population is aging is not slowing down anytime soon. In 2035, Canada will join the ranks of the super-aged countries, i.e. more than 30% of the population over the age of 60.

Last year, the 2016 census from Statistics Canada was released and showed the largest increase in the share of seniors since the first census after Confederation. The proportion of those aged 65 and older climbed to 16.9 per cent of Canada’s population, exceeding the share of those under 15 at 16.6 per cent.

Meantime, the portion of the working-age population – those between the ages of 15 and 64 – declined to 66.5 per cent from 68.5 per cent in the 2011 census.  In addition, the number of the “oldest old” (those aged 85 and over), particularly the centenarians, is booming as never before.

We are also living longer-and longer. In Canada, the average female life expectancy, now 83 (79 for men), will rise to 90 by the year 2100, to 97 by 2200 and to 102 by 2300, according to United Nations projections. Many of those additional years will be thanks to better medical care.

But those extra years won’t mean much if the quality doesn’t match the quantity. Right now, our increasing longevity is often plagued with chronic disease and disability. Researchers around the world are studying the best ways to turn that into extra years of glowing, vigorous health.

Today’s hottest area of research is epigenetics: the study of the interplay between genes (which we’re born with) and our environment (which can include lifestyle behaviours, toxins such as cigarette smoke, and chronic stress). “Genes-until a generation ago thought to be the sole determinants of how long or healthy our lives will be-likely account for only 10 percent“, says Dr. Woodson Merrell, head of integrative medicine at Beth Israel Medical Center in New York City. “Most of the remaining 90 percent depends on us. “

The healthy life expectancy has increased as well, but not at the same pace.

While women live on average to almost 84 years, for instance, their average healthy, disease-free longevity is just 72 years, according to a recent analysis by the Public Health Agency of Canada.  The analysis, billed as the first of its kind in this country.

According to the report, the average Canadian will spend more than a decade of his or her life dealing with diseases such as diabetes, high blood pressure or cancer, all of which underlines the downside of surviving longer.

While older Ontarians are living longer and with less chronic illness or disability than generations before them, the vast majority of older adults have at least one chronic disease or condition. Indeed, as we age, our chances of living with chronic illness or disability will increase. According to a recent report by the Ontario Minister of Health and Long Term Care, 77 percent of older Ontarians recently reported being in good health.  However, we know that there exists a minority who particularly struggle with multiple complex and often inter-related health and social care issues.

In fact, more than 30% of Canadians aged 85 and over have three or more chronic diseases, which places an immense pressure on our health care systems, particularly in a context where Canadians are working later in life and wish to age at home. By far, the most feared health condition in aging is dementia, and the rapidly increasing number of cases of dementia in Canada results in significant financial costs and puts a growing burden on carers and families.

If left unaddressed, our demographic challenge could bankrupt the province. This means our demographic challenge should be seen as a demographic imperative, which amounts to an enormous opportunity for Ontario to better understand and meet the needs of its aging population. If we get this demographic imperative right, we will maintain the sustainability of our health, social, community, and other programs that have come to define us as Ontarians and Canadians, as well as the progressive society that we live in.

We ensure that our clients receive the finest in-home care available.